Learn more about the county by making a trip to the Lassen Historical Museum, which is situated around Susanville. The facility contains approximately 160 years of local history in the form of antiques, artifacts and relics. Near the museum is a cabin known as Fort Defiance. The building played a vital role in the three-day conflict known as the Sagebrush War of 1863.

In the neighboring village of Westwood, guests find the Westwood Museum, which houses a collection of exhibits that explain local history. Part of the interesting legacy involves the legend of Paul Bunyan, which a group from Minnesota brought with them when they established the Red River Logging Company here.

On a trail between Susanville and Litchfield, visitors have the chance to see the Belfast Petroglyphs, which were created by the ancient Maidu people. The Willow Creek destination also includes an informative kiosk, grinding stones, mortars, pestles and a ringed ceremonial area.

Equestrian fans have the chance to see a wild herd at the Litchfield Wild Horse & Burro Corrals. The 80-acre site has a number of pastures and corrals where the animals reside. Some of the animals have a lineage that dates back to the U.S. Calvary. Horses and burros are cared for and prepared for adoption.

Lassen County was established along the upper northeastern border of California. The destination was named for frontiersman, Native American fighter and trapper Peter Lassen. The spectacular landscape includes the Cascade and Sierra Nevada Mountains, glacial lakes, rivers and the Great Basin desert. The diverse terrain enables guests and locals to have many outdoor recreation options. Susanville is the largest and only incorporated community in the county. Here, guests find a number of attractions. 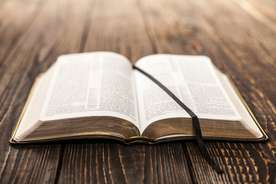