Enjoy a live drama or musical play, a music concert or stand-up comedy at the Sierra Repertory Theatre in East Sonora. Audiences have the chance to see everything from Disney classics to Shakespeare and more depending on the season schedule.

Experience life during the Gold Rush days at the Columbia State Historic Park. Columbia's old business district has been retained to appear the way it did during the 1850s. Locals in period costumes provide live demonstrations, operate shops and other businesses that are ripe for exploration. Attractions also include taking a stagecoach ride or panning for gold.

Many people explore Yosemite National Park on foot, by bike or vehicle. However, guests also have the opportunity to see the spectacular location via horseback or mule. Take a two-hour trail ride or accept the challenge of a pack trip that extends for up to six days.

Explore the beautiful countryside via train starting at the Railtown 1897 Historic Park in Jamestown. Tour the facility's roundhouse, maintenance shops and depot store that explain the history of the railroad in the county. Board vintage passenger cars powered by a steam engine for a six-mile excursion through the foothills of the Sierra Nevada Mountains. The park also offers themed rides.

Take a side trip to historic Groveland, which was rough and wild during the Gold Rush days. Visit the jail and explore the Yosemite Gateway Museum. Sample some vintages at Yosemite Cellars. Plays some golf or take a trail ride at Pine Mountain Lake.

Historic Tuolumne County was founded in the east-central region of California. Visitors find that historic main streets and homes to the magnificent scenery in Yosemite National Park are part of the county's charm. Enjoy a variety of outdoor recreation options. Take in some of the local attractions.

18 - by - Denise - in - I summited El Cap, Yosemite ’s famous granite monolith, without learning to climb. Admittedly, backpacking El Capitan is not as epic of a story as ascending the nose....

13 - by - Denise - in - 10:32 am here in Groveland and already 81 degrees outside. Better yet we have this vibrant neon pink warning NOAA map indicating “ Excessive Heat Warning” whatever that... 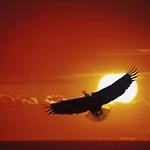 Duration - Fastaff jobs open fast and fill fast. If a job is listed as “it means the position is no longer available. to be contacted when a similar job becomes available, at 1-888-969-9215 to...

Duration - 48 - 4,144 - Fastaff jobs open fast and fill fast. If a job is listed as “it means the position is no longer available. to be contacted when a similar job becomes available, at...